Why You Need To Get Rid of Your Popcorn Ceiling in Denver Metro, CO 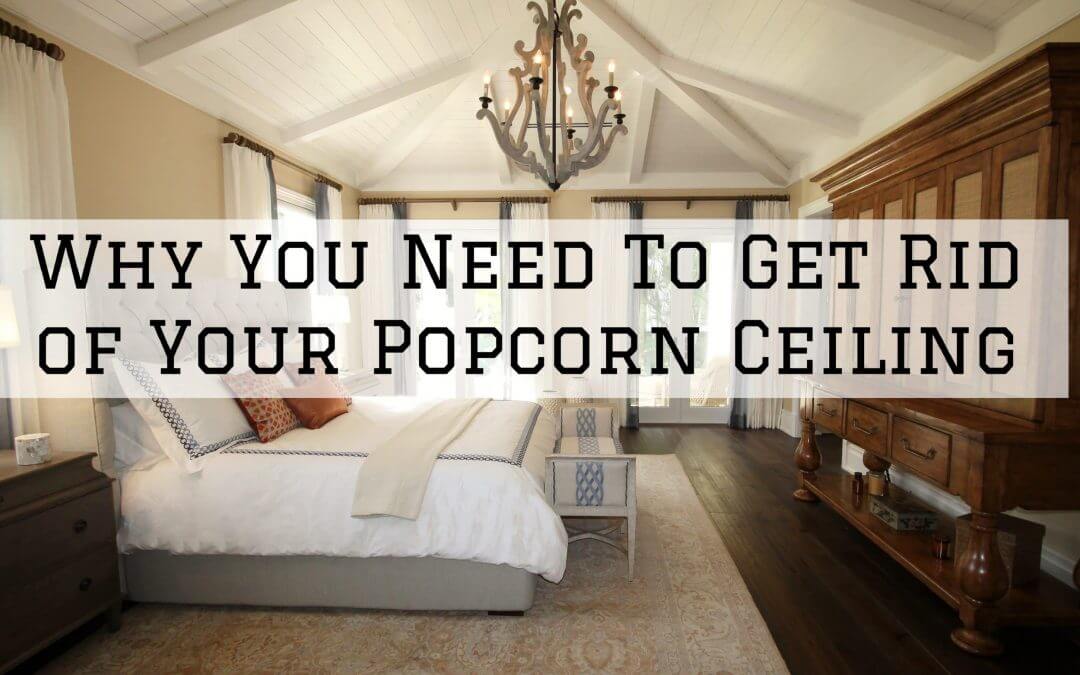 Why You Need To Get Rid of Your Popcorn Ceiling in Denver Metro, CO

Popcorn ceilings had their moment in the spotlight for a good number of years, but after a while, they began to decline in popularity, and much of that has to do with the aesthetic quality that they just don’t have.

Not only this, however, is reason enough — but there are plenty of other reasons that if you look up in your home and see the familiar sight of popcorn ceiling, you need to take action sooner than not.

This being the case, here are some reasons why you need to get rid of your popcorn ceiling in Denver Metro, CO.

Though this is not the case for the majority of popcorn ceiling out there, thankfully, if your house was built in the 1950s through possibly the mid-1980s, there’s a possibility that your popcorn ceiling is partially composed of the toxic substance asbestos.

Asbestos had its moment in the sun as a way for people to insulate their homes until it was discovered that it was extremely harmful and was regulated out of use, however, it still exists in a few ways in that some older homes still somehow have it — and this includes popcorn ceilings from that time period.

If it turns out that your home does fit this description, you’ll want to take caution and have it removed by a contractor with years of experience doing such removal as the danger is quite real in removing it — but it needs to be done.

2. It Is Difficult To Keep Clean

The very nature of a popcorn ceiling is that it is extremely porous and resembles an extremely rough patch of dirt, and that very thing makes it so much more challenging to keep clean.

Moreover, the nature of tendency is that over time, small bits and pieces of the popcorn ceiling break off and fall onto the ground, which makes for an ugly mess that you regularly have to vacuum up off of the ground.

Cobwebs, too, are practically drawn to popcorn ceilings and are more difficult to remove due to the rough texture of the ceiling.

Another rather unpleasant aspect of the popcorn ceiling is that they tend to make a room look smaller.

The reason this is the case is that they cast shadows in ways that are similar to shining a flashlight under your face as you are sitting at a campfire at night telling spooky stories.

As nice as that is, these shadows are not so nice when you are trying to have a larger home and end up not having one due to something that is on your ceiling.

Bottom Line: It Is Likely Worth Removing

Between the way that they make your rooms and even your halls smaller as well as the fact that they are so very difficult to clean and possibly hide health hazards, it is well worth your time to either remove it yourself or have it professionally removed.

You should be aware that once you take the time to remove the popcorn, you will have to invest the time then to paint the newly de-popcorned ceiling.

This is, of course, a task in itself, which will involve the preparation you need for painting your ceiling, including that you will need to properly sand, prime, and then apply most likely two coats of paint — with ample time to allow the primer and the two coats of paint to dry.

Once you have finished the new painting project, however, you will have a much better ceiling overall.

Don’t settle for just any painter when you can get the attention to detail and professionalism from Imhoff Fine Residential Painting in Denver Metro, CO. Call us today to speak with one of our professional color consultants.